"Half Past the Witching Hour" 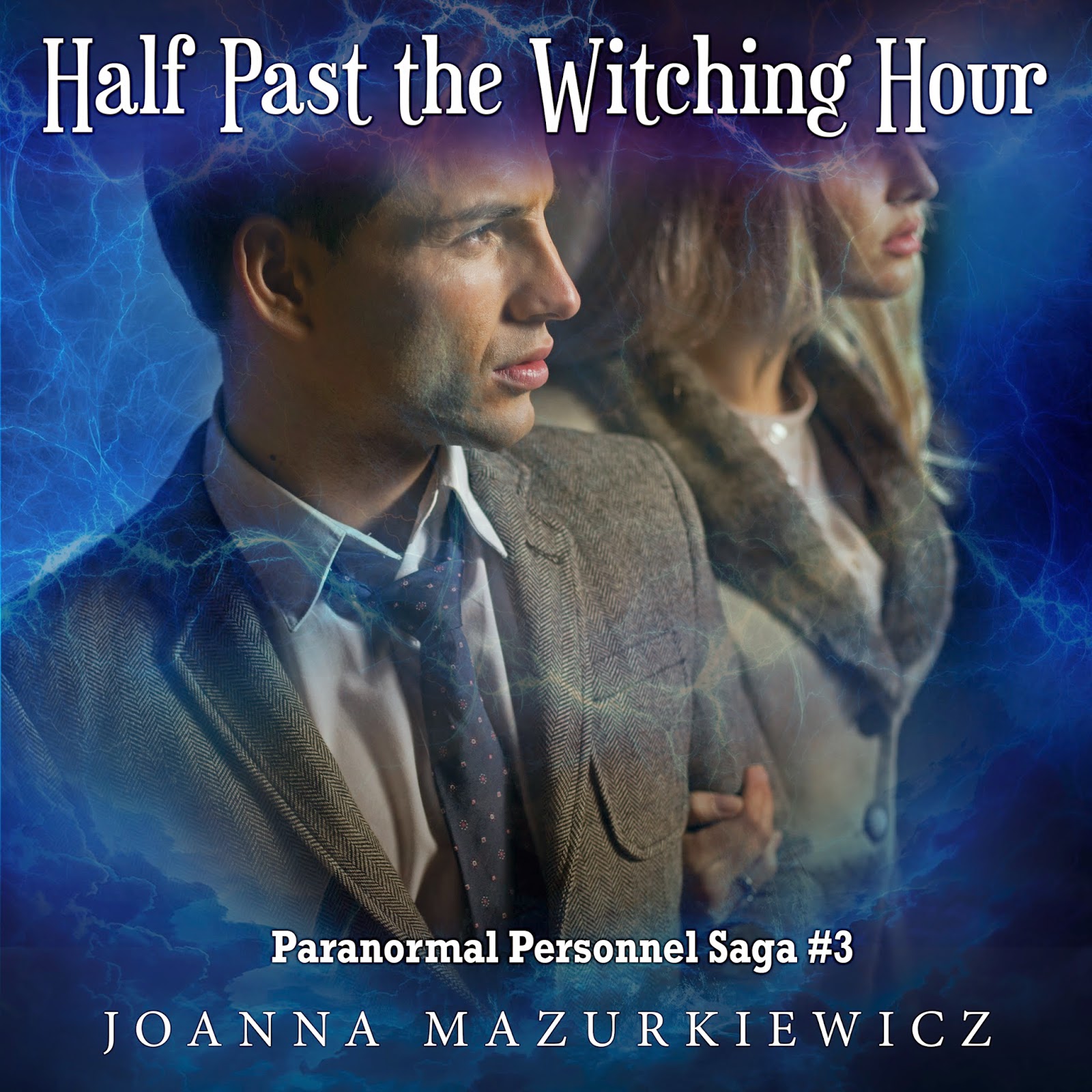 And here it is, a brand new cover of Half Past the Witching Hour (Paranormal Personnel Saga #3)
The manuscript is currently with my editor, so I'm hoping to get it out there in the beginning of June.

First book in this series "£6.19 per Witching Hour is" is FREE on amazon and other major retailers, so grab it before it will go back to normal price.

Below you can read the blurb:

After months of anguish and pain Julia’s life is finally getting back on track. She is seeing a handsome giant, an art dealer named Quentin, the agency is getting a lot of business and she is finally over her ex.All of the sudden her peaceful life shifts, when she blacks out and wakes up several hours later with blood on her hands and with no recollection of what’s happened to her. But life must go on and Julia carries on with her morning, stressed and worried about the future. When she arrives at La Caz Corporation, she stumbles upon a dead body, her ex- co worker Jennifer Griffiths. She starts seeing visions of herself wandering around streets with a knife, the same knife her ex-co worker has been murdered with.Sadly this is just the beginning of her problems as more petrifying visions keep haunting her thoughts. She begins seeing her mother dying in the fire, screaming for help, and when a new enigmatic elderly elf shows up with an offer that she can’t turn down, nothing seems to be making sense anymore. She knows for sure that she has to do everything in her power to prevent her visions from happening, which means that she has to start taking some magic lessons and learn to put her trust in strangers.She gets pulled into the most dangerous game of desire, death and magic. She has to fight her beliefs, understand herself and face the internal struggle of what’s wrong and what’s right. It’s going to be tough but Julia has no choice other than to pull through.
Posted by Unknown at 11:48